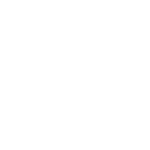 Birmingham City Council President Pro Tempore Wardine Towers Alexander is a proud Birmingham native whose love for serving her community was fostered by her beloved father, Ward Towers, former basketball coach at Wenonah High School.
Alexander grew up in the Birmingham City School system and graduated from Wenonah High School. She attended the University of Alabama and has a B.S. Degree in Medical Technology from the University of Alabama in Birmingham.

Her son Gregory, granddaughter MaKenzie, membership at Trinity Baptist Church, and passion for serving her community keeps her motivated to serve District 7.

She has an extensive history of community service through her affiliation with the National Pan- Hellenic Council and membership in Omicron Omega Chapter of Alpha Kappa Alpha Sorority, Incorporated, and the Tri-County (AL) Chapter of The Links, Incorporated.

Councilor Alexander is the past president of the Alabama State Association of Blood Banks, previous Vice President on the One Roof Board of Directors, Trustee of the Birmingham Public Library, and a board member on the Trinity Baptist Church Community Development Center, Incorporated.

Councilor Alexander was appointed to the Birmingham City Council on October 20, 2018, to represent District 7. She works to improve public safety, economic opportunity, and enhance the quality of life for all residents within District 7 by way of workforce development and community revitalization programs. Councilor Alexander believes improving collaboration among the residents, major community stakeholders, the Council, and the Mayor will foster effective change within District 7 and the City of Birmingham.

Councilor Alexander is the Chair of the Utilities/ Technology Committee, a member of the Administration Committee, and the Budget and Finance Committee.

D7 On the Move

Councilor Alexander is passionate about making sure you know what is happening in District 7. Empower yourself with knowledge by tuning into D7 on the Move. Our web series highlights Councilor Alexander and district leaders working together to improve businesses, policies, and everything in between.

Tune in the last Tuesday of every month at 1:00 pm on all of our social media platforms.